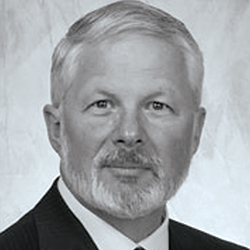 Dr. James Drake is Professor of Surgery, Division Chief of Pediatric Neurosurgery at the Hospital for Sick Children and holds the Harold Hoffman Shoppers Drug Mart Chair. He is a Senior Associate Scientist in the Sickkids Research Institute, and leads the Centre of Image Guided Innovation and Therapeutic Intervention and co-lead of the Centre of Excellence in Image Guided Care. He is also Co-Director of the Centre of Mathematical Medicine at the Fields Institute at the University of Toronto.

He was educated at Princeton University (1969-1974), Royal College of Surgeons in Ireland (1974), University of Toronto (1986-1987), and Royal College of Surgeons of Canada (1987). Training included a research fellowship funded by the Medical Research Council of Canada (1986-1987) in Hydrocephalus. Dr. Drake assumed his appointment in the Department of Surgery, Division of Neurosurgery in 1988, and has been on the surgical staff at The Hospital for Sick Children in the Division of Paediatric Neurosurgery since then.

Dr. Drake’s primary research and clinical interests relate to engineering applications to neurosurgery including image guided surgery and robotics. This encompasses the main themes of CIGITI which is broadened to include applications of imaging, robotics, and simulation for all pediatric surgical disciplines. He is on the executive of the Hydrocephalus Clinical Research Network, and head of the Medical Advisory Board of the Spinal Bifida and Hydrocephalus Assocation of Ontario. Dr. Drake has over 230 peer reviewed publications, holds major grants from CIHR/NSERC, and Brain Canada. His clinical interests relate to the investigation and management of hydrocephalus including the use of endoscopy, image guided surgery for brain tumours and epilepsy, and the management of complex spinal disorders.