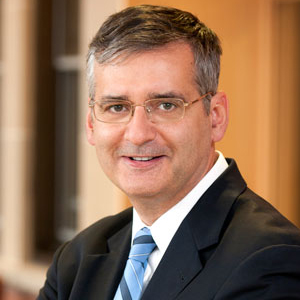 A graduate of the University of Ottawa, Faculty of Medicine in 1983, Dr. Lozano underwent Neurosurgical Training at McGill University. He became a Fellow of the Royal College of Physicians and Surgeons of Canada in 1990. During his residency in Montreal, Dr. Lozano earned his PhD in Experimental Medicine in 1989. Dr. Lozano joined the Neurosurgical Staff at the Toronto Western Hospital in 1991. He is currently a Professor and Dan Family Chair in Neurosurgery at the University of Toronto, and inaugural Chair Holder of the Ron Tasker Chair in Stereotactic and Functional Neurosurgery at the University Health Network. He also holds a Tier I Canada Research Chair in Neuroscience.

Dr. Lozano’s main research and clinical interests lie in the field of functional neurosurgery and the development of novel therapies for movement disorders, psychiatric disease and Alzheimer’s disease. He studies deep brain stimulation (DBS) in patients and in animal models of disease, and ranks first in the world in total citations in the field of DBS. Dr. Lozano have been involved in phase I “first in man” applications of DBS in dystonia, Huntington’s, depression and Alzheimer’s disease and have been involved in phase II and III trials of DBS and brain intraparenchymal drug delivery in patients with other neurological disorders. His team’s recent work in animal models has shown that DBS can drive neurogenesis and enhance memory function in rodents. He has over 375 publications in neuroscience and has had the pleasure of training over 50 postdoctoral fellows.