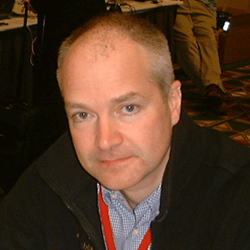 Kieran Murphy is the Medical Director of UHN’s International Strategy, and Techna Affiliated Faculty. Kieran initially pursued the surgical pathway with a primary fellowship in anatomy at the Royal College of Surgeons in Ireland, but became interested in medical innovation, moving to the US after graduating in 1986. There, he filed 60 patents on new medical devices, pioneered new techniques and approaches to solve complex spine, CSF, and neurovascular pathologies. He has started 6 medical device companies, authored over 136 peer-reviewed publications, and published several textbooks.

Kieran has served as the Director of Research in the neuroradiology section of Albany Medical College, Director of Interventional Neuroradiology at Johns Hopkins University, Deputy Chief of Medical Imaging at UHN/MSH/WCH, and Vice Chair and Director of Research for the Department of Medical Imaging at the University of Toronto. Dr. Murphy’s numerous accolades for both his research and clinical activities include the Gold Medal in Medicine and Surgery from the James Connolly Memorial Hospital in Dublin, the Gold Medal and McDonnell Prize in Surgery from the Charitable Infirmary in Dublin, Ireland, the Roentgen Fellow Outstanding Research Award from the Radiology Society of North America, and “Prix du jubilee” from the Swiss Society of Medical Radiology. In addition to his medical device companies, he has also founded Medlantis (www.medlantis.com) in 2010 for global medical education, and a primary health care clinic at a Tibetan refugee camp in Southern India.