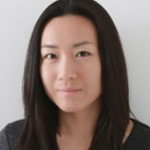 Katherine is a Support Analyst for the Health Informatics Research (HIR) team at the Princess Margaret Cancer Centre (PMCC). Prior to this, Katherine spent 5 years working as a Research Assistant with the Gynecologic Oncology department at the PMCC where she managed the eCancerCare Ovarian database and provided user support.

Since June 2008, Katherine has been involved in the development, implementation and support of several synoptic operative reports at the University Health Network as part of the Canadian Partnership Against Cancer’s synoptic surgery reporting initiative.