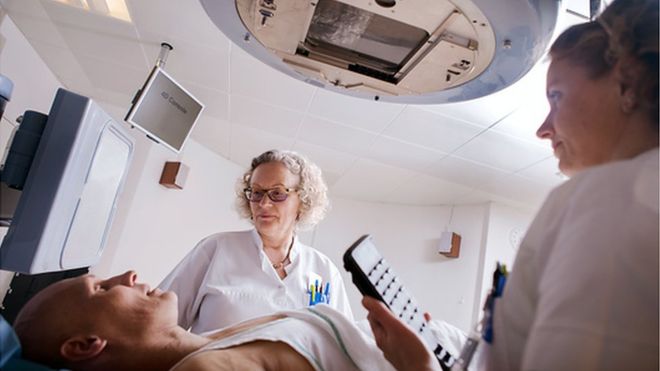 David Jaffray co-lead this initiative to improve radiotherapy access around the world with GTFRCC. The original article below is courtesy of BBC News on September 26th, 2015 and can be viewed here.

Millions of people globally have died unnecessarily from cancers that could have been treated by radiotherapy, according to doctors.

New figures suggest as many as nine out of 10 people in low-income countries cannot access radiotherapy treatment.

Even in high-income countries where facilities exist, experts warn that there are shortages of equipment and trained staff.

The data is being presented at the European Cancer Congress in Vienna.

It has been compiled by a panel of international experts on a new commission set up to expand global access to radiotherapy.

Prof Rifat Atun from Harvard University in Boston in the US, said there was a widespread misconception that the costs of providing radiotherapy put it beyond the reach of all but the richest countries.

“Our work for this commission clearly shows that not only can this essential service be deployed safely and high-quality treatment delivered in low and middle-income countries, but that scale-up of radiotherapy capacity is a feasible and highly cost-effective investment,” he said.

Up to 60% of cancer patients will require radiotherapy at some point.

It is essential for the treatment of most cancers, including breast, lung and prostate.

However, in low-income countries access is limited, particularly in Africa, where 40 countries have no radiotherapy facilities at all.

Even in high-income countries, including the UK, Canada and Australia, numbers of radiotherapy facilities, equipment and trained staff are inadequate, according to the report.

Writing in the journal The Lancet Oncology, the commission said improved access to radiotherapy for cancer patients in low and middle-income countries could be achieved by 2035 with an investment of $184bn (£121bn).

The cost would be far outweighed by the lives saved and would bring economic benefits, said the experts.

Michael Barton, Professor of Radiation Oncology at the University of New South Wales, is an author of the report which was presented at the congress. “Making radiotherapy more accessible for all classes and countries will result in positive health benefits to save and improve the lives of cancer patients and positive economic benefits for low and middle-income populations around the world,” he said.